SAY STOP TO YOUR MISOPHONIA

Say STOP To Your MISOPHONIA 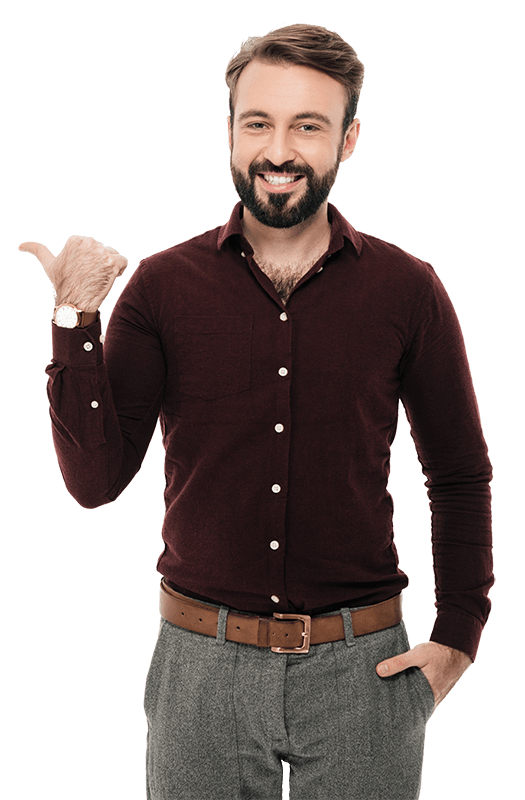 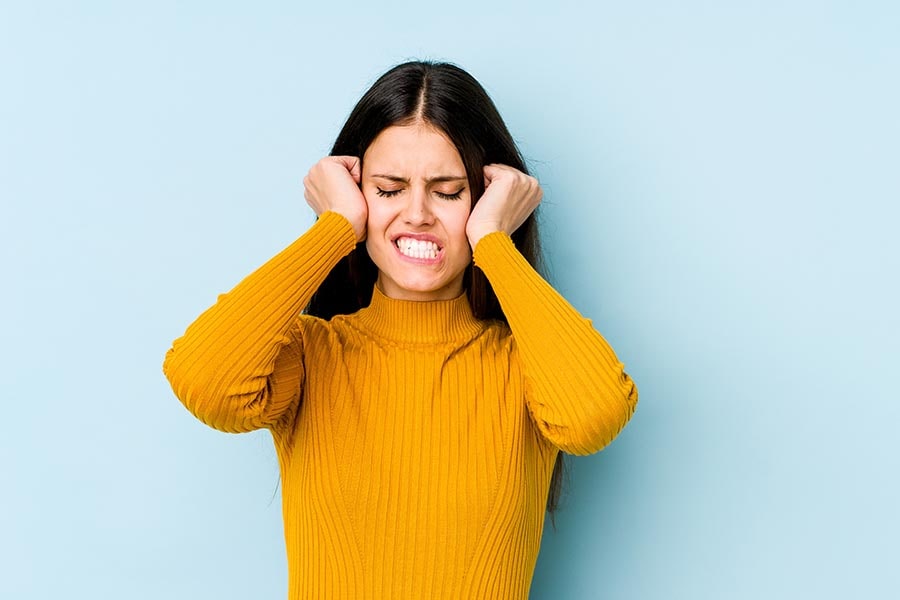 Definition, cause, operation, consequences, you will learn the basics of misophonia as well as the feelings of misophones on a daily basis !
Contents

If you are on this article, it is to discover the definition of misophonia . But ask yourself these few questions first:
Can't stand the sounds when you hear a family member or friend chewing on their food? Or have you decided to avoid restaurants because you can't stand the sounds of people eating? If certain everyday sounds are triggers of negative emotions or behaviors in you then it doesn't seem to bother the people around you then ...

You may be misophone!
If you want to be sure, I invite you to take our free test.

Misophonia is also known as The effects of misophonia, summarized by “4S”. It is a real anomaly that triggers emotional and physiological responses. The definition of 4S (The effects of misophonia) is much more adapted and faithful than the literal meaning “hatred of sound“. Many misophones also prefer the definition of "4S" because it is more precise. Indeed, "hatred of sound" could imply that misophones do not appreciate any sound. However, it is not the case ! Besides, many misophones relieve themselves with,… sounds! Yes, it is surprising, but white noises, the sound of waves, the ocean or even rain, for example, are sounds that tend to relieve the pains associated with misophonia. So watch out do not restrict misophones to general hatred of all sounds but only certain sounds and regardless of their intensity (yes, the intensity of the sounds can be high or low, it does not matter for people affected by misophonia).

How to define misophonia from a scientific point of view?

Misophonia is defined as a form of decrease in tolerance to certain sounds. It provokes strong and negative reactions in the misophone in situations where “trigger” sounds are presented to it. There is therefore a repetitive pattern, despite an evolution of misophonia which can significantly vary the physical and emotional responses to certain trigger sounds. This development can also vary the triggers depending on the experiences, age and other traumas of the misophone person.

Is misophonia a disease? A condition? Disabilities?

However, misophonia is still not recognized as a disease and is not listed by the world health organization. Misophonia is not included in the international classification of diseases (ICD-11) unlike tinnitus for example (classified as a disorder characterized by a ringing sensation in the ears).

The disease is defined as “Impairment of the health and functions of living things when the cause is known (as opposed to syndrome).“.
So at the moment we cannot say that misophonia is a (recognized) disease but it is very real! Unfortunately, we are not yet sure about the cause of misophonia.

Obviously, even if misophonia is not defined as a disease, that does not prevent the handicap and the pains it represents in misophones. In addition, conditioning is very real and it reinforces the negative reactions of your misophonia. And this is a track that has been studied a lot for soothe misophonia and develop solutions to take control of this disorder which can ruin your daily life.

Is misophonia defined as a mental or physical problem?

Again, it is quite difficult to answer this question. From a physical point of view, we are still at the beginning of misophonia research and it is too early to already give relevant information and conclusions on this subject. However, research is being done to find out what physical disturbance would cause the misophonia. And you read it right, I wrote, what a physical disturbance without doubting that there is one at the origin of misophonia, because obviously, this is indeed a physical disturbance and not only mental. You probably also know, thoughts affect the body and the body influences thoughts. So to believe that misophonia is only a mental problem would be a joke. And likewise, to believe that it is only a physical problem and that one cannot relieve and control it by the mind would be an equally funny joke.

What does a misophone feel?

People with misophonia are triggered by specific unwanted sounds. Generally, a repetitive sound. One study found that around 80% of the sounds were related to the mouth (eating, swallowing, chewing, whispering, whistling, etc.), and about 60% were repetitive.

Do not confuse misophonia and an appreciation

However, even if certain sounds annoy you, such as the noise of a washing machine, the mower in your garden, the loud music of your child, you are not necessarily misophone!

The definition of misophonia specifies that this should trigger an abnormal reaction in you. You must feel real feelings at a level unsuitable for the situation. A misophone is not just an "intolerant" to the sounds that "bother him". The feeling is much more powerful.

The rage he feels can be extreme.

But, if certain everyday sounds like someone breathing, whistling, snapping their fingers, playing with their pen, chewing their food, beating their fingers repeatedly on their desk,… disturb you, then yes, you may be be misophone and it would be useful to take a free test to confirm this. Keep in mind that if generally common sounds made by other people "drive you crazy" when no one else is reacting, be careful, then you may have the disorder of misophonia.

The effects of misophonia

Normally, the reaction of a person with misophonia begins with irritation, then quickly turns into uncontrollable negative emotions and reactions. These reactions then generally go elicit what is called a fight-and-flight response. The disorder is so hard to manage for the misophone that his instinct will take over and give him two options, fight or flee.

Disorders linked to misophonia cause a number of negative reactions which can be classified as mild to severe. Misophones report a range of physiological, emotional and cognitive responses. If you have a mild reaction, you may feel anxious, uncomfortable, fleeing and disgust. Whereas if you have a severe response, the sound can cause intense rage, hatred, anger, fear, panic and emotional distress. In the most severe cases, some misophones may have such negative thoughts and such a painful physical feeling that they want to fight and attack the person or object causing the trigger.

Misophonia is probably a neurological disorder in which auditory (and sometimes visual) stimuli are misinterpreted by the nervous system. We must therefore consider the physical aspect of misophonia as being an important point for the search for solutions. However, we must also consider the importance of the mind (the psychic) on misophonia. Besides, misophonia tends to coexist with other mental disorders such as for example: obsessive compulsive disorder (OCD), personality disorders, Tourette's disorder or eating disorders such as anorexia.

This is obviously not a generality and there are undoubtedly many misophones who have no other disorders. This is also why we support research on misophonia to continue to analyze and learn more about this disorder in order to better understand its causes, its developments and its potential treatments.

Define the symptoms of misophonia

In addition, those who suffer from misophonia realize that their responses to sounds are uncontrollable. Misophonia is characterized by an incoherent, abnormal and inappropriate response to an innocuous everyday situation. According to some studies, the symptoms of misophonia are:

Who is likely to have misophonia?

Man and woman can do anything both develop misophonia.
Some studies explain that girls have a higher risk of developing the disorder compared to boys, but the numbers remain too low to be sure. What’s pretty sure is that misophonia generally begins before puberty and that the first symptoms most often occur between 9 and 13 years of age (approximately).

What sounds can trigger misophonia?

Misophones (people with misophonia) often trigger the sounds coming from the mouths of others. This includes:

But many other sounds can also trigger misophonia, such as:

And misophonia is sometimes accompanied by a very similar disorder, called misokinesia, which is simply the fact of having a visual trigger. This includes for example:

As with misophonia, the visual triggers associated with misokinesis will often be repetitive. And it’s probably this repetitive side of the visual triggers that’s the main point of the problem. A misophone will not be in crisis when he sees someone rubbing his nose once. On the other hand, if he sees this person rubbing his nose 20 times in 5 minutes, this is where the problem can appear.

What does misophonia affect in life?

Depending on the severity, some people with misophonia try to mask the triggering noises with headphones or even simply by trying to avoid them (unfortunately, we often develop isolation and loneliness, ...). Some people avoid restaurants, avoid eating with their family, friends and spouse, because the sounds will boil their blood and make them anxious, etc., until they have headaches, migraines, headaches. stomach,…

Misophonia prevents many misophones from forming relationships (be it friendly or in love), engage in social activities, or even leave the house. In the most serious cases, it can even prevent the person from achieving his personal or professional goals, prevent him from achieving his dreams and reach his goals because his disorder takes up too much of his life and prevents him to go ahead, to live the life he wants. Which considerably reduces his quality of life and increases (with the cumulative effect) depression and the conditioning of his disorder and its consequences, ...

What are the existing solutions for living better as a misophone?

In short, there are dozens of possible solutions to try to improve your daily life despite your misophonia. Simply make sure to consult people who know misophonia and who, ideally, have already helped other misophones to improve their daily lives (until relief and in the best cases, control of their disorder). Never go to a practitioner (whether conventional or non-conventional) without asking if they have helped other misophones. Don't be afraid to ask him what his methods are, the number of sessions or coaching he recommends, the price it will cost you in total, the percentage of chance it will work on you (based on the number misophone he helped and the number of misophone who have made real improvements). 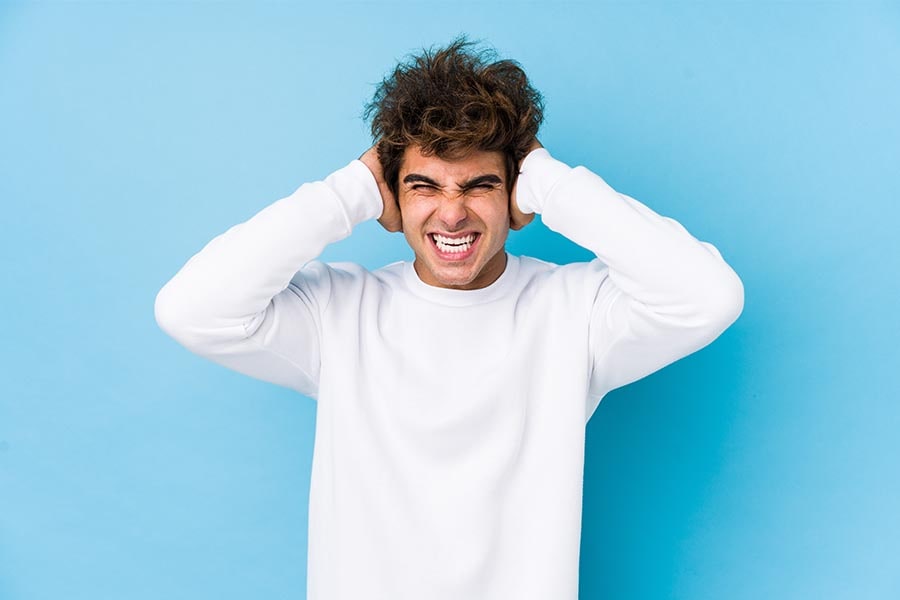 Misophonia Online Test: Why, how, when, where? We tell you everything!

Do you want to be sure whether or not you have a sound sensitivity disorder? Check the importance of the Misophonia test and take the necessary action now.

Definition, cause, operation, consequences, you will learn the basics of misophonia as well as the feelings of misophones on a daily basis !

Say STOP To Your MISOPHONIA

Not sure yet of being #Misophone?

Say STOP to your #Misophonia ?

Your Source # 1
To Say STOP
To Your Misophonia

If you want take control of your misophonia to transform your daily life :

Join hundreds of other misophones on :

Each piece of advice is to be assessed according to the people and the context, we cannot guarantee the results. Consult your doctor first if necessary. The advice published and distributed by Benfeel comes from experiences and feedback from other misophones. They do not constitute medical advice.